While there are no clear estimates of the amount of glitter sold each year, its distinctive ability to disperse makes it a disproportionate contributor to environmental problems. Glitter particles are easily transferred through the air or by touch, clinging to skin and clothes. Its ability to spread is so notorious that there are companies that will ‘ship your enemies glitter’ that is guaranteed to infest every corner of their home. 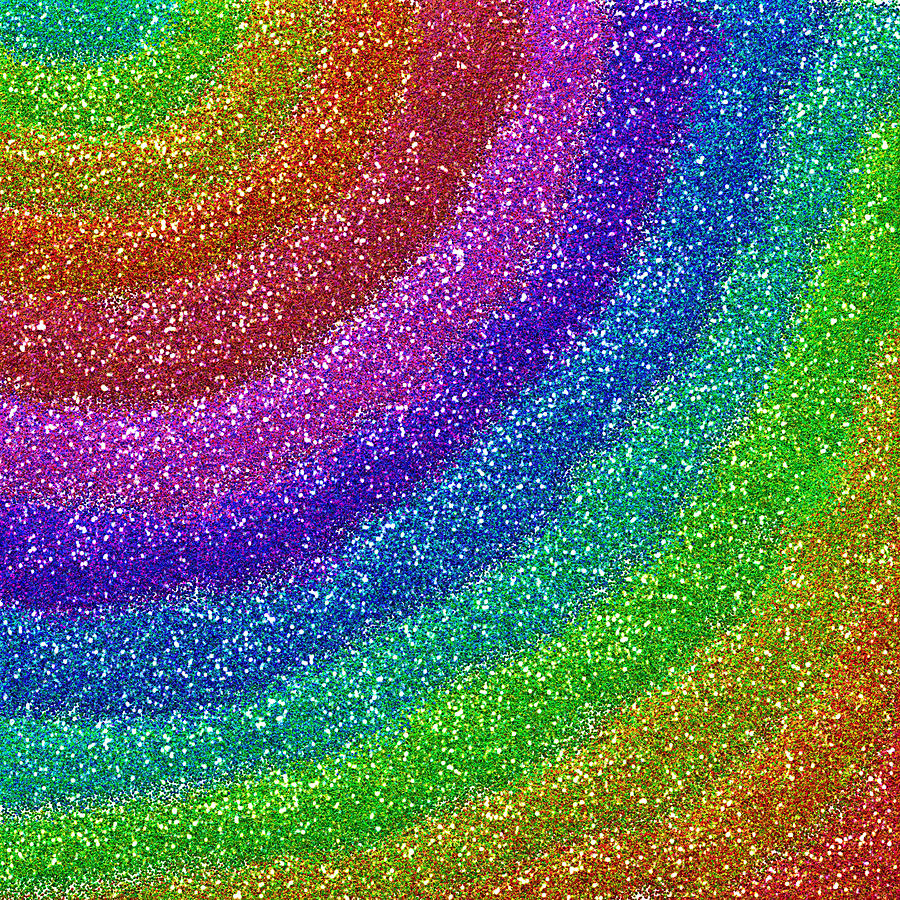 Glitter has even been used in forensic science to show that a suspect has been at a crime scene. This characteristic, and the plastics it contains, makes it something of an environmental peril. It causes problems for paper recyclers: glitter on cards and gift wrap can foul up the reprocessing equipment, and even contaminate the recycled pulp.

Most glitter is cut from multi-layered sheets, combining plastic, colouring, and a reflective material such as aluminium, titanium dioxide, iron oxide, or bismuth oxychloride. It therefore contributes to the more than 12.2 millions of tonnes of plastic that enters the ocean each year – not least when people wear it and then wash it off. Worse still, glitter is a microplastic, and there are growing concerns about these tiny pieces of material entering the marine food chain and harming marine life.

The polyethylene terephthalate (PET) that is often used in glitter is thought to leach out endocrine-disrupting chemicals, which, when eaten by marine creatures, can adversely affect development, reproduction, neurology and the immune system. PET can also attract and absorb persistent organic pollutants and pathogens, adding an extra layer of contamination.

When molluscs, sea snails, marine worms, and plankton eat pathogen or pollutant-carrying particles of glitter, they can concentrate the toxins; and this concentration effect can continue as they in turn are eaten by creatures further up the food chain, all the way to our dinner plates.

As consciousness of the environmental damage caused by glitter increases, some are taking drastic action. In November 2017 Tops Days Nurseries a group of English nurseries banned glitter for its contribution to the plastic pollution problem. But our attraction to sparkly things is literally age old, and won’t be given up easily.

Research has demonstrated that humans are attracted to shiny, sparkly things, which is thought to stem from our evolutionary instinct to seek out shimmering bodies of water. As early as 30,000 years ago, mica flakes were used to give cave paintings a glittering appearance, while the ancient Egyptians produced glittering cosmetics from the iridescent shells of beetles as well as finely ground green malachite crystal. Green glitter fans might well wonder if environmentally friendly glitter is available, and there is in fact a growing market of products that claim eco credentials.

British scientist Stephen Cotton helped develop ‘eco-glitter’ made from eucalyptus tree extract and aluminium. This appears to be sold by companies like EcoStarDust, whose short list of materials included only ‘non-GMO eucalyptus trees’. Their website explains if you leave your glitter in a warm, moist and oxygenated environment then it will begin to biodegrade, with the rate depending on the mixture of these factors. However, it is not clear that a product that may release aluminium into the environment deserves a green vote of confidence.

Wild Glitter another company also explains their sparkles are made from natural plant based materials but they don’t a lot of detail about how they’re made and what happens to them once used. Other brands, such as EcoGlitterFun, BioGlitz and Festival Face, offer biodegradable glitter made from a certified compostable film.

Awareness about the environmental damage caused by glitter is steadily increasing

However, it is difficult for a consumer to be sure, without a good deal of research, that such products will break down quickly and harmlessly in the natural environment – or whether they require specific industrial composting processes.

Other manufacturers are turning instead to natural ingredients that add shine and sparkle; environmentally conscious cosmetic brand LUSH uses ground nut shells and aduki beans in its products. They also started using inert mica to create sparkly things, like the cave painters from millennia ago. Unfortunately, this meant trading an environmental problem for a human rights one: difficulties with the natural mica supply chain made it impossible to guarantee that the process was free from child labour, prompting a forthcoming switch to synthetic mica.

There’s a lot of grey area when it comes to choosing greener glitter, and little objective evidence available regarding the environmental impacts of the different alternatives. I’ve seen little sign, for example, of a glitter product that claims to be compatible with paper and card recycling processes. But it’s crystal clear that, with enormous variety of options available, it should be possible do without glitter made from PET – even at Christmas.

Note: The article has been republished with the permission of our collaborative partner Isonomia. The original version of the article can be found at this link