The Philippines is mainly an agricultural country with a land area of 30 million hectares, 47 percent of which is agricultural. The total area devoted to agricultural crops is 13 million hectares distributed among food grains, food crops and non-food crops. Among the crops grown, rice, coconut and sugarcane are major contributors to biomass energy resources. 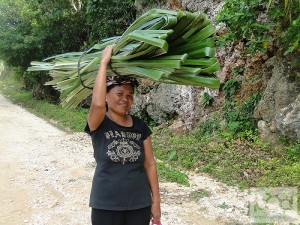 The most common agricultural wastes in the Philippines are rice husk, rice straw, coconut husk, coconut shell and bagasse. The country has good potential for biomass power plants as one-third of the country’s agricultural land produces rice, and consequently large volumes of rice straw and hulls are generated.

Rice is the staple food in the Philippines. The Filipinos are among the world’s biggest rice consumers. The average Filipino consumes about 100 kilograms per year of rice.  Though rice is produced throughout the country, the Central Luzon and Cagayan Valley are the major rice growing regions. With more than 1.2 million hectares of rain-fed rice-producing areas, the country produced around 16 million tons of rice in 2007. The estimated production of rice hull in the Philippines is more than 2 million tons per annum which is equivalent to approximately 5 million BOE (barrels of oil equivalent) in terms of energy. Rice straw is another important biomass resource with potential availability exceeding 5 million tons per year across the country.

With the passing of Biofuels Act of 2006, the sugar industry in the Philippines which is the major source of ethanol and domestic sugar will become a major thriving industry. Around 380,000 hectares of land is devoted to sugarcane cultivation. It is estimated that 1.17 million tonnes of sugarcane trash is recoverable as a biomass resource in the Philippines. In addition, 6.4 million tonnes of surplus bagasse is available from sugar mills. There are 29 operating sugar mills in the country with an average capacity of 6,900 tonnes of cane per day. Majority is located in Negros Island which provides about 46% of the country’s annual sugar production.

The Philippines has the largest number of coconut trees in the world as it produces most of the world market for coconut oil and copra meal. The major coconut wastes include coconut shell, coconut husks and coconut coir dust. Coconut shell is the most widely utilized but the reported utilization rate is very low.  Approximately 500 million coconut trees in the Philippines produce tremendous amounts of biomass as husk (4.1 million tonnes), shell (1.8 million tonnes), and frond (4.5 million tonnes annually).