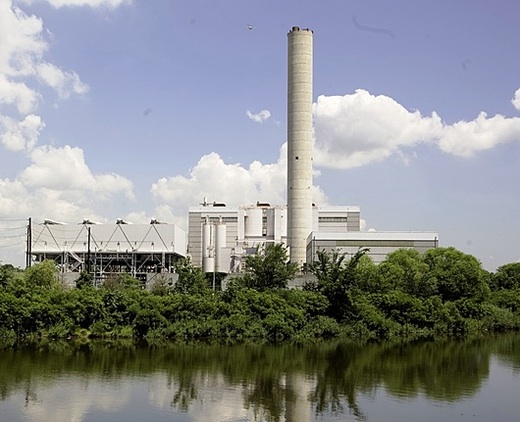 The global market for waste-to-energy technologies was valued at US$6.2bn in 2012 which is  forecasted to increase to US$29.2bn by 2022. While the biological WTE segment is expected to grow more rapidly from US$1.4bn in 2008 to approximately US$2.5bn in 2014, the thermal WTE segment is estimated to constitute the vast bulk of the entire industry’s worth. This segment was valued at US$18.5bn in 2008 and is forecasted to expand to US$23.7bn in 2014.

The global market for waste to energy technologies has shown substantial growth over the last five years, increasing from $4.83 billion in 2006, to $7.08 billion in 2010 with continued market growth through the global economic downturn. Over the coming decade, growth trends are expected to continue, led by expansion in the US, European, Chinese, and Indian markets.

By 2021, based on continued growth in Asian markets combined with the maturation of European waste management regulations and European and US climate mitigation strategies, the annual global market for waste to energy technologies will exceed $27 billion, for all technologies combined.

The WTE market in Europe is forecasted to expand at an exponential rate and will continue to do so for at least the next 10 years. The continent’s WTE capacity is projected to increase by around 13 million tonnes, with almost 100 new WTE facilities to come online by 2012. In 2008, the WTE market in Europe consisted of approximately 250 players due in large to the use of bulky and expensive centralized WTE facilities, scattered throughout Western Europe. The increasing clamor for energy and satisfying it with a combination of conventional and renewable resources is a big challenge. Accompanying energy problems in almost all parts of the world, another problem that is assuming critical proportions is that of urban waste accumulation. The quantity of waste produced all over the world amounted to more than 12 billion tonnes in 2006, with estimates of up to 13 billion tonnes in 2011. The rapid increase in population coupled with changing lifestyle and consumption patterns is expected to result in an exponential increase in waste generation of up to 18 billion tonnes by year 2020. Ironically, most of the wastes are disposed of in open fields, along highways or burnt wantonly.

Size of the Industry

Around 130 million tonnes of municipal solid waste (MSW) are combusted annually in over 600 waste-to-energy (WTE) facilities globally that produce electricity and steam for district heating and recovered metals for recycling. The global market for biological and thermochemical waste-to-energy technologies is expected to reach USD 7.4 billion in 2013 and grow to USD 29.2 billion by 2022. Incineration, with energy recovery, is the most common waste-to-energy method employed worldwide. Since 1995, the global WTE industry increased by more than 16 million tonnes of MSW. Over the last five years, waste incineration in Europe has generated between an average of 4% to 8% of their countries’ electricity and between an average of 10% to 15% of the continent’s domestic heat.

Currently, the European nations are recognized as global leaders of waste-to-energy movement. They are followed behind by the Asia Pacific region and North America respectively. In 2007 there are more than 600 WTE plants in 35 different countries, including large countries such as China and small ones such as Bermuda. Some of the newest plants are located in Asia. China is witnessing a surge in waste-to-energy installations and has plans to establish 125 new waste-to-energy plants during the twelfth five-year plan ending 2015. Incineration is the most common waste-to-energy method used worldwide.

The United States processes 14 percent of its trash in WTE plants. Denmark, on the other hand, processes more than any other country – 54 percent of its waste materials. As at the end of 2008, Europe had more than 475 WTE plants across its regions – more than any other continent in the world – that processes an average of 59 million tonnes of waste per annum. In the same year, the European WTE industry as a whole had generated revenues of approximately US$4.5bn.

Legislative shifts by European governments have seen considerable progress made in the region’s WTE industry as well as in the implementation of advanced technology and innovative recycling solutions. The most important piece of WTE legislation pertaining to the region has been the European Union’s Landfill Directive, which was officially implemented in 2001 which has resulted in the planning and commissioning of an increasing number of WTE plants over the past five years.